Donald Verne Ramsey, 95, passed away on March 20, 2020 in Vancouver, Washington.  He was born on September 22, 1924 to Vernon and Nellie (Pendall) Ramsey in Camas, Washington  He ws a lifetime Clark County resident.

He worked at Crown Zellerbach as a  Supervisor and retired from same.  He served in the U.S. Army, WW  II.  He belonged to the VFW, Post 4278 Camas, Washington, where he served as Post Commander from 2004 to 2005, American Legion, and Silver Star Search and Rescue. He was an avid hiker and backpacker.

He was preceded in death by his parents.

Per the family, a service will be scheduled at a later date.  Brown’s Funeral Home has been entrusted to the arrangements. 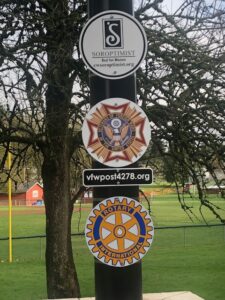